Just over 26 years ago, the Food and Drug Administration (FDA) approved Botox® for cosmetic use. However, it’s been around for much longer than that – it was discovered in the 1820s, and has been used in a medical context since 1950s!

Botox® injections are one of the most popular cosmetic treatments in the world with over 6 million treatments administered every year. Botox® isn’t just used for aesthetics purposes, but also for treating medical conditions such as excessive sweating (Hyperhydrosis), migraines, twitching muscles and even vision problems!

Read below a brief timeline of the history of Botox® from when it was first discovered and it’s many uses over the years:

The History of Botox® – a Timeline

1820s – A German doctor, Dr Justinus Kerner, first discovered strains of Botulinum Toxin in a batch of gone off sausages that were making people ill. Through his study, he offered suggestions for treatment and prevention of food poisoning.

1890s – 70 years later another doctor, Dr Van Ermengen, also studying the Toxin furthered this study and found 7 strains of the toxin; 4 of which were harmful to humans.

1940s – A plan by the US to use Botulinum Toxin as a biological weapon in World War II was abandoned and research started to concentrate on the beneficial properties of the product over the next couple of decades.

1950s – Research showed that Botulinum Toxin Type A blocked communication between nerves and muscles. When injected in small amounts into hyperactive muscles it relaxed them and resulted in a temporary reduction in movement of the muscle.

1960s – Ophthalmologist Alan Scott carried out tests to confirm that the product could relax the muscles that caused crossed eyes and was later given the go-ahead by the FDA to treat this condition in 1978, under the product name Oculinum.

1987 – 2 Canadian married doctors – Drs Jean and Alastair Carruthers, realised those getting injections for facial spasms were also losing frown lines. They started to look into the anti-aging benefits of the product.

1988 – Pharmaceutical giant Allergan acquires the rights to Oculinum as it was then known.

1989– Allergan renames the product ‘Botox®’ and is approved by the FDA a year later to treat crossed eyes and excessive blinking.

1992 – Drs Carruthers presented their findings of the wrinkle relaxing benefits of Botox®, but didn’t patent their idea due to poor legal advice. Allergan did however, and subsequently launched Botox Cosmetic®. On April 12th 1992, the FDA announced approval of Botox Cosmetic® to temporarily treat mild to moderate frown lines.

1993 – Other potential uses for Botox® came to light; doctors noticed that patients treated for spasms also sweated less, and it was also reported to help writer’s cramp and bladder incontinence.

1997 – The demand for Botox® spiked so high that the US temporarily ran out of the product, causing panic amongst its most devoted users. The New York Times reported ‘Drought Over, Botox is Back’ when a new batch was approved by the FDA.

2002– FDA approved Botox® for cosmetic use to minimise the appearance of wrinkles, primarily for the vertical lines between the eyebrows (glabella). Prior to this, Botox® had been used off-label to relax wrinkles. 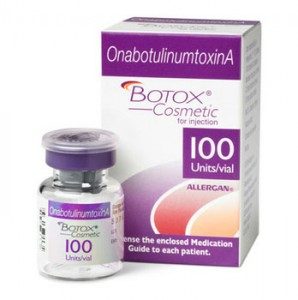 The future of Botox®

By 2006, Botox® had hit the billion dollar mark for sales, and continues to be used for both aesthetic and medicinal purposes. It is expected to surpass the $4billion mark in the international market by the end of 2018.

The price tag has reduced dramatically since it’s inception, so once held for only the rich and famous, it’s now an everyday treatment; affordable, non-invasive and easily accessible with both women and men having Botox® (or Brotox as it’s known to some!)

The product has come such a long way since it’s discovery. It’s now recognised worldwide as an effective treatment for 21 different medical uses and is one of the most widely researched medicines in the world. With Allergan conducting studies beside many academic institutions, scientists and physicians to confirm the positive effects of other off label treatments and further develop new medical uses for the product, it seems that the use of Botox® shows no signs of slowing just yet. 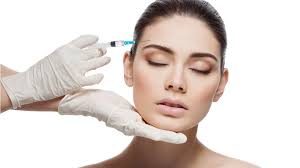 Read our detailed guide to Botox®  to learn more about Wrinkle Relaxing Injections – what they are, how they work, how much it costs and more.

If you’d like to talk to us more about Botox® or other Wrinkle Relaxing Injections, please contact us on 0161 974 0212 to book in for your free initial consultation or fill out our contact form and we’ll get back to you.